Solve Your Breathing Problems with Rhinoplasty 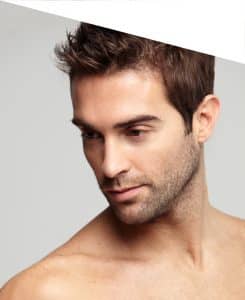 Breathing problems are nothing to take lightly and, if you have experienced them, chances are that you’ve talked to at least one medical professional about them. When your airways are too narrow or, worse, when they are blocked, it’s critical that you take steps to make the necessary corrections to the airways, lungs, or anywhere else causing issues. For many people, the troubles lie in a surprising place: their nose. The good news for those with nasal obstructions is that they are readily fixable. Discover if rhinoplasty could help you solve your breathing troubles.

When the problem stems from a constricted or blocked airway in the nose, this can cause a domino effect of issues throughout the body. If the oxygen you take in is restricted, there’s not enough entering the body to do its job. You may experience symptoms from breathing troubles like lightheadedness or dizziness, to headaches or trouble concentrating. Trouble may be associated with physical activity, such as the inability to control your breathing or catch your breath when you are finished. You may also experience problems at nighttime, such as loud snoring or even Obstructed Sleep Apnea (OSA), a condition in which your breathing stops and starts erratically while you sleep. In more mild cases, those with breathing trouble tend to breathe through their mouths at night, leading to problems with insomnia, dry mouth, irritation of the throat, and the gum disease gingivitis, which has links to heart disease and other serious problems. The side effects of poor airflow can be hugely problematic, sometimes even fatal. Understanding what causes these problems can be the key to correcting them.

Effects of a Deviated Septum

Often, the nasal passageways can play a contributing part, if not be responsible for the whole of your breathing problem. For some, the nasal airway on one or both sides is too narrow, not allowing enough oxygen in at once. In other cases, a deviated septum may be partially blocking either, or both, of your nasal passages. Deviated septum is a condition that occurs when the central piece of cartilage in the nose deviates from the central line. When the septum is off center in this way, a common deformity of the nose or an effect of a nasal injury, the airways are affected. Breathing is more difficult through one or both nostrils, leading to the troubles mentioned above. Deviated septum is often found to be a contributing factor in cases of OSA. It can be corrected with a specific type of nose surgery known as septoplasty.

There are other less commonly talked about issues inside the nose that can affect your ability to breathe. The turbinates are one culprit. These are the humidifiers of the nose, composed of nasal mucosa, and will swell in response to viruses, allergies, and other irritants present in their environment. This is when most people even notice they are there, usually swelling the most at night when you are trying to sleep. The turbinates will make it hard to breathe from the nostril closest to your pillow, which causes many people to toss and turn when they have swelling from colds, allergies, or whatever. When turbinate swelling gets out of control or even results in chronic enlargement, surgery may be required. There are other medical treatments that can help manage the swelling, but the most permanent solution for most patients can be reached through nasal surgery.

Nasal trauma from an injury can have huge repercussions if not treated immediately and thoroughly. A deviated septum is one such side effect of nasal damage, but others do exist. In some cases, a blood clot can form, hiding in the cartilage between the nostrils and going unnoticed without proper medical attention. If it is allowed to stay there, eventually it can erode the cartilage and damage surrounding tissues, resulting in a condition called “saddle nose,” where the bridge of the nose collapses. This is a serious medical problem and should be addressed as soon as possible. If you do suffer a significant nasal injury, seek immediate medical care and discuss whether plastic surgery may be necessary to help preserve the form and function of your nose.

It may sound too good to be true, but a rhinoplasty or “nose job” can reap big benefits in terms of your breathing. While it won’t solve larger breathing complications in the chest, a rhinoplasty procedure could be just the answer to your concerns. It is a surgery that can change either the shape of your whole nose or just a small part, such as widening the airways to allow better breathing. Your plastic surgeon will cover the details of your rhinoplasty procedure during your consultation process.

You may have either an open or closed rhinoplasty procedure to achieve the results you need from your surgery. A closed rhinoplasty, or endonasal rhinoplasty, is performed using incisions that are confined to the inside of the nostrils, leaving no visible skin incisions. The skin is then lifted from the underlying cartilage and bone for the surgeon to recontour and reconstruct the nose as needed. If you have an open rhinoplasty, or external rhinoplasty, the doctor will place a very small incision between the nostrils on the underside of the nose, opening up the tip of the nose to allow access to the structures of the lower and middle third of the nose itself. The type of procedure you receive will depend on your needs, your nose, and your surgeon’s recommendations.

Most people assume that a “nose job” is a procedure only done to make your nose look different. It’s not as common, or at least not as widely talked about, how a rhinoplasty can make your nose work better, too. There are many reasons to receive a rhinoplasty surgery, many of which are medical. The form and function of your nose are both important, working together to create the major entrance point of oxygen that will travel into your lungs and through your blood to all the major parts of the body. Birth defects or traumas sustained to the nose can greatly impact its ability to perform its primary task. Don’t allow the quality of your life to be hampered by a problem that can so easily be remedied.

Book your consultation today with Dr. Phillip Miller, a facial plastic surgeon based in New York City with more than 20 years’ experience to help guide you to the solutions you need. A recognized expert in rhinoplasty, Dr. Miller was recently invited to speak at the 10th International Symposium of Facial Plastic Surgery to lecture on his own innovative rhinoplasty techniques. Since 2007, he has been voted among the Best Doctors in America and among the Top Doctors of New York. Begin your journey toward better breathing with a phone call to Dr. Miller’s office, located at 60 East 56thStreet, Third Floor in New York, New York. Call (646) 791-3025 to get started today.

Next, Find Out if a Facelift Could Save Your Job

Focusing exclusively on the face for more than two decades, double-board certified facial plastic surgeon Dr. Philip Miller blends art and science with innovation and skill to provide thousands of patients with impeccable results. He is known for pioneering the NatraLook methodology for rhinoplasty, facelifts, neck lifts, and other cosmetic procedures for the face.